Vitamin B12 (also called cobalamin) is an important vitamin. We need this vitamin to make red blood cells and new DNA for growing and dividing cells. Vitamin B12 also helps maintain the health of the conductive coating that surrounds and protects nerves.

Vitamin B12 deficiency can be slow to develop. This means symptoms can appear gradually and intensify over time. Initial signs that someone could be deficient in vitamin B12 include the following:

Vitamin B12 deficiency has two main causes. Either from impaired absorption through the small intestine or from eating a diet that is low in this nutrient.

Many people over the age of 50 develop a chronic inflammatory condition of the stomach called atrophic gastritis. This affects the cells lining the stomach. Without healthy stomach cells, the production of hydrochloric acid and intrinsic factor diminishes. This can put a person with atrophic gastritis at risk of vitamin B12 deficiency.

Surgery of the gastrointestinal tract, such as weight loss surgery or surgery to remove all or part of the stomach, can result in a loss of cells that produce hydrochloric acid and intrinsic factor. This reduces the amount of vitamin B12 absorbed.

The second main cause of vitamin B12 deficiency is from not having enough in the diet. A diet lacking in vitamin B12 is common in people who follow a vegan or vegetarian diet unless it includes foods fortified foods like some plant-based milk. That’s because natural food sources of vitamin B12 are mostly limited to animal foods.

Depending on the cause, vitamin B12 deficiency may be treated with dietary changes, vitamin B12 injections or oral supplements.

Food sources of vitamin B12 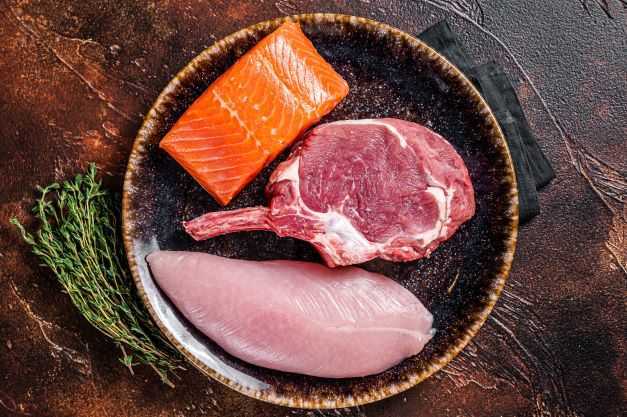 Vitamin B12 is unique among the vitamins because it is found almost exclusively in foods derived from animals. That includes fish, meat, poultry, eggs, milk, and milk products. Bioavailable vitamin B12 is rarely present in plant foods.

Anyone who eats reasonable amounts of animal-based food can be confident of an adequate intake of vitamin B12. People who are vegetarians and consume milk products or eggs also have a good level of protection from deficiency.

People who follow a vegan diet need a reliable source of vitamin B12. With few exceptions, vitamin B12 found naturally in plant foods is likely to be in an inactive form.

For someone following a vegan diet, consuming fortified foods or taking a vitamin B12 supplement are the only viable ways to obtain enough of this nutrient. Food Standards Australia New Zealand permits only a limited number of foods to be fortified with vitamin B12. This includes selected soy milks, yeast spread, and vegetarian meat analogues such as soy-based burgers and sausages.

Spirulina, which is a type of blue-green algae, is sometimes promoted as a good source of vitamin B12. But it is present in an inactive form that the body cannot make use of and could even interfere with the absorption of other sources of vitamin B12.

Popular fermented foods such as tempeh, kimchi, sauerkraut and kombucha only contain trace amounts of vitamin B12.

Mushrooms do contain a small amount of active vitamin B12. But the amount of mushrooms needed to supply adequate amounts of B12 is impractical to make these a useful food source.

If you are pregnant or breastfeeding and follow a vegan or vegetarian diet, you should make sure you get enough vitamin B12 to provide for your developing baby. If a breastfeeding mother is deficient in vitamin B12, her infant may also become deficient.

Plant-based diets which can be low in vitamin B12 need to be well planned to meet your nutritional needs. An Accredited Practising Dietitian (APD) can help you meet your individual needs.

Accredited Practising Dietitians (APDs) are university-trained nutrition experts. They can help you with personalised, easy-to-follow and evidence-based advice.

For more dietary tips and information on vitamin B12, visit:

healthdirect, Foods high in vitamin B12